Stand back in amazement because this was a real first, a unique opportunity that can only be described as spectacular in its own right

BDC designed and built overnight accommodation into a 1977 Lynx Helicopter.

A local campsite were looking to create a novel idea into reality, for their new campsite.

We stripped out all the aviation parts and fuel tanks etc and created a modern living space which transforms into a double bed with a separate bedroom for two in the rear of the helicopter.

This unique helicopter accommodation was on show at the Caravan and camping show at the NEC in February 2015 and has been the subject of media coverage both locally and nationally in the press and on TV.

Another first for Blackpool Design Coachbuilders. 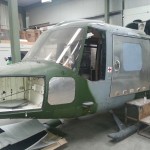 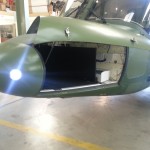 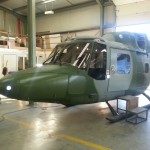 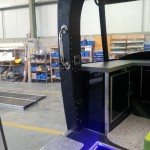 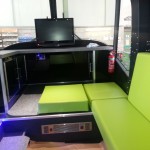 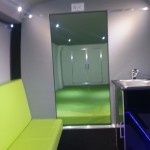 Hillingdon Youth and Connexions Service have recently commissioned a second mobile youth bus from Blackpool Design and now have 2 fully equipped single decker buses with internet access, chill out areas, cooking and music production facilities available for young people to access across the borough. The buses have been designed to young people's specification and to date have been used by over 5,000 young people. Blackpool Design have been on hand to provide their expertise and have been able to recommend new and innovative designs for both the vehicles that have ensured their success and great reputation across Hillingdon.
Youth & Connexions Service

All our photos are subject to © Copyright Blackpool Design Coachbuilders LTD